MotorWeek’s staff selects the winners from more than 150 new cars, trucks and SUVs that it tests each year. In honoring the CTS Coupe, MotorWeek cited the car’s design and performance.

“This ultra-modern sports coupe is above all else, an extreme head-turner,” said MotorWeek host John Davis. “Even though it’s a 2+2, rear seat legroom shrinks by less than inch from the sedan. Now add to that two very healthy powertrains -- including the V-Series’ roaring 556-horsepower V8 – and excellent overall handling and braking, and we think the CTS Coupe is the right way for Cadillac to show it’s ready to take on all comers.”

The CTS Coupe will be featured on the special MotorWeek 2011 Drivers’ Choice episode which begins airing Saturday, February 12, on PBS stations. The episode will debut February 22 on Discovery Channel’s HD Theater.

“The CTS Coupe is continuing to turn heads as Cadillac brings bold, new thinking to the luxury space,” said Don Butler, vice president of Cadillac marketing. “The Drivers’ Choice Award from MotorWeek is a significant recognition that Cadillac is making a name for itself with distinctive design and world-class performance.” 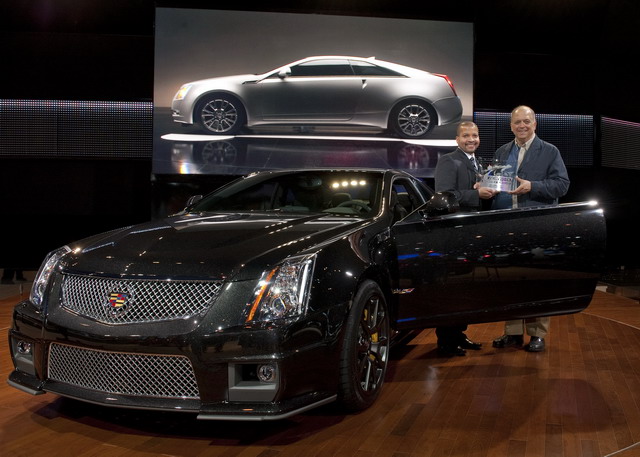