Lexus announced today (May 10, 2010) it will offer a limited edition Nürburgring Package to LFA customers. 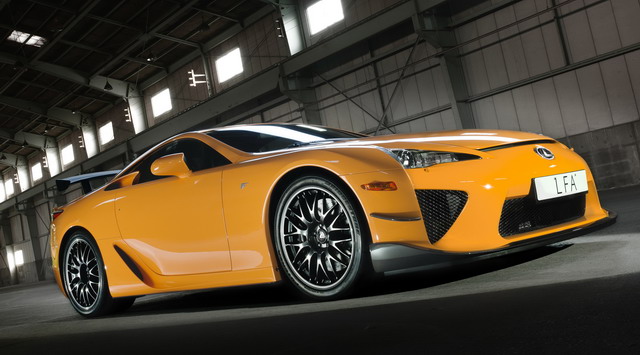 The 4.8L V10 engine for Nürburgring Package equipped LFA’s will produce 562 horsepower, 10 more horsepower than the standard high-performance LFA.  The gear-shift time has been reduced by 0.05 seconds to only 0.15 seconds for even faster gear changes. 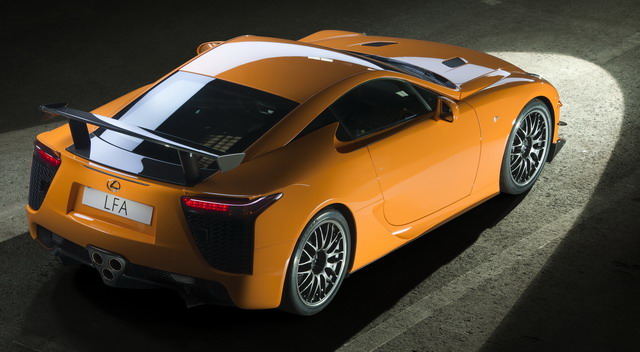 The Nürburgring Package is limited to only 50 units out of the 500 LFA hand-assembled for global distribution.  It will also have the following features:

?  And a larger front spoiler and fixed rear wing for improved high speed down force.

This limited edition LFA will be available in four exterior colors – whitest white, orange, black and matte black complemented by a choice of three interior colors – black, red, and violet.  All come with a carbon fiber center console and door trim.  The Nürburgring Package will carry a Manufacturer’s Suggested Retail Price (MSRP) of $70,000.  Matte black will carry an additional cost of $20,000.  The standard LFA carries a MSRP of $375,000.

In addition to the Nürburgring vehicle specifications, a package of special privileges is included in association with the Nürburgring course itself.  The perks comprise, but are not limited to, private parking, co-pilot ride,  one night at the Lindner Congress and Motorsport Hotel Nürburgring, private training with Nürburgring chief driving instructor, a Nürburgring branded jacket, as well as a one-year annual pass valid for driving on the Nordschleife and admission to ring°werk leisure park.