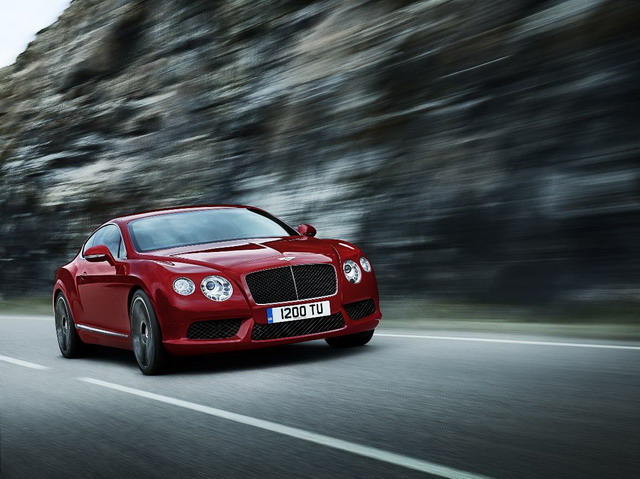 Bentley is presenting three distinct and exciting new models at the 2012 Moscow International Auto Salon (MIAS) today. The three cars represent the fastest, the most luxurious and the sportiest models the company produces, and reinforce Bentley’s pinnacle positioning in the automotive sector.

The new Continental GT Speed making its global motorshow debut today is the fastest road car the company has ever produced.  It is joined on stage by the Mulsanne Executive Interior model, which offers state-of-the-art multimedia connectivity while on the move, and the athletic new Continental GT V8, both making their Russian market premieres.

The hand-crafted cabin of the GT Speed features Bentley’s Mulliner Driving Specification as standard as well as a number of signature Speed design cues that combine contemporary luxury with a distinctly sporting character. 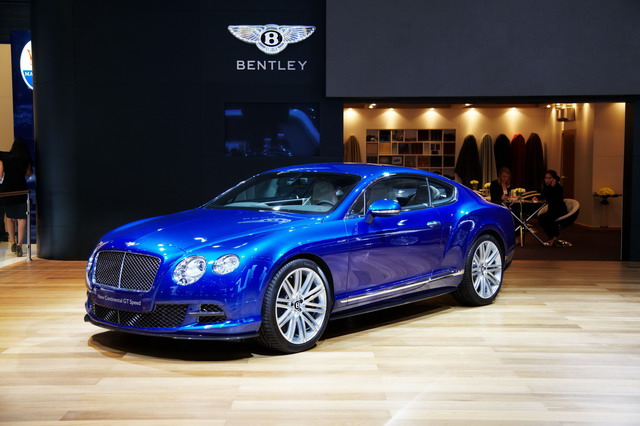 At the heart of the new model is Bentley’s unique 6-litre twin-turbocharged W12 engine. For GT Speed, the engine produces 625 PS (616 bhp/460 kW) and 800 Nm of torque to deliver thunderous, supercar performance with effortless overtaking capability. A close-ratio, eight-speed automatic transmission and a unique chassis setup result in a sportier and even more engaging Bentley driving experience.

First showcased as a concept at the 2011 Frankfurt Show, the Mulsanne Executive Interior is today being presented for the first time in Russia at the MIAS. The car is offered in two Specifications, Theatre and iPad(the latter displayed at Moscow), for state?of?the?art multimedia connectivity on the move.

The iPad Specification offers office level functionality and connectivity. Two beautifully crafted, electrically-deployed veneered picnic tables for rear passengers provide a soft hide writing surface, colour-matched to the seats of the Mulsanne, and at the press of a button twin iPads with wireless keyboards are revealed.

With the Mulsanne Theatre Specification, passengers in the rear cabin can enjoy a wide range of entertainment – choosing between DVD movies, television programmes, or music – which is offered via a 15.6-inch centrally located HD LED screen or 8-inch screens fitted within the front seat headrests. Business users can take full advantage of the powerful processing capability and connectivity of the boot-mounted Apple Mac computer.

Also making its Russian debut at the MIAS is the Continental GT V8. Powered by a new 4.0 litre, twin turbocharged V8, the Continental GT coupé and its GTC convertible variant achieve exceptional standards for power-to-emissions in the high luxury sports car sector.

At the same time, the new V8 Continental models achieve outstanding levels of fuel efficiency and CO2emissions for the luxury performance sector and are capable of travelling over 500 miles (800 km) on a single tank of fuel. The instantly recognisable growl of the new 4.0 litre V8 engine sets it apart from its Bentley stablemates.

“These three models illustrate the strength and breadth of the Bentley brand and are sure to appeal to automotive enthusiasts across the region. In 2011, our sales in Russia increased by 45%, making Bentley the best-selling luxury car brand, and the recent establishment of a new, exclusive sales company, Bentley Russia, is a reflection of our commitment to strengthening and expanding our presence in the market, attracting new customers and enhancing the brand experience for existing Bentley owners across the region.” 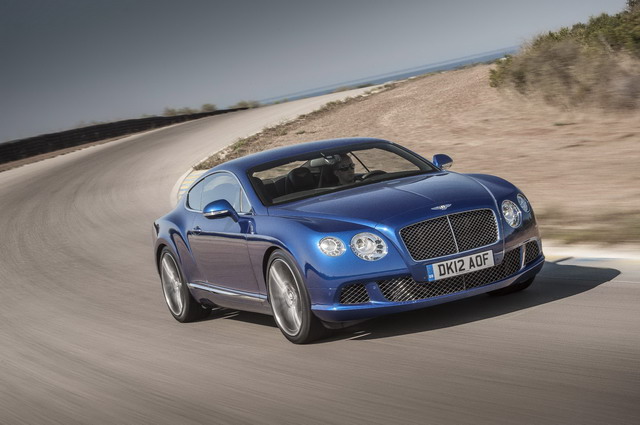