The BMW M6 is already a powerful sports coupé when it is delivered from the factory, thus a large portion of its potential stays unrevealed. G-POWER is using this hidden potential for a power output enhancement of awesome 150 hp and 210 Nm of torque. The G-POWER Bi-Tronik III V2 pushes the factory 560 hp/ 680 Nm to 710 hp/ 890 Nm. 21 inch G-POWER “HURRICANE” alloy wheels with MICHELIN Pilot Super Sport tyres in the dimension 265/30 ZR 21 and 305/25 ZR 21, G-POWER coil-over suspension, Titanium exhaust system and the G-POWER Ceramic Braking System complete the G-POWER package for the BMW M6 F13. 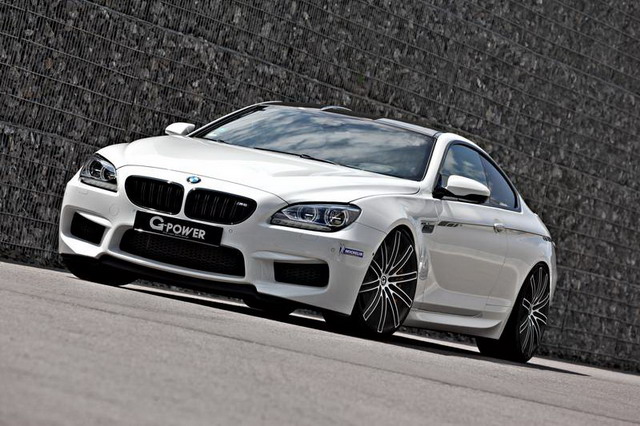 M6 The G-POWER program for the BMW F13 touches all key components and lets the nifty BMW M6 appear even more sporty and beautiful and makes it, last but not least, a lot faster. In order to implement this target the G-POWER engineering department has transferred its experience from the area of supercharging to the turbocharged BMW 4.4l V8 engine. After all, the ASA supercharger used for the G-POWER supercharger systems is closely related to the turbochargers featured by BMW, since both units us a centrifugal compressor to build up boost.

The basis for the electronic output increase is the fact that G-POWER, in contrast to the manufacturer, does not use standard software full of compromises but an individual solution for the engine. Among others, the parameters for the amount of fuel and the ignition timing are modified depending on the increased boost level. 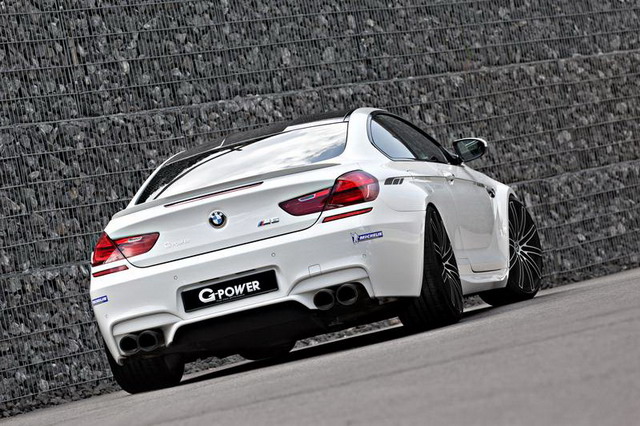 In result the G-POWER Bi-Tronik III V2 pushes the BMW M6’s standard output of 560 hp / 680 Nm to an awesome 710 hp and 890 Nm of torque. Naturally the performance figures benefit from this output increase, as well. The figure from stand still to 200 km/h is now just 10,8 seconds and the top speed is more than 300 km/h.

Concerning the suspension at first one will notice the 21 inch G-POWER HURRICANE forged wheels, wrapped with tyres from the G-POWER’s technology partner MICHELIN in the dimensions 265/30 ZR 21 and 305/25 ZR 21. The double spokes, typical for the G-POWER design, highlight the elegant design of the new BMW M6. Further improvement of the road handling is realized through the continuously height-adjustable G-POWER coil-over suspension GM6-RS with nine selectable settings each for bound and rebound. 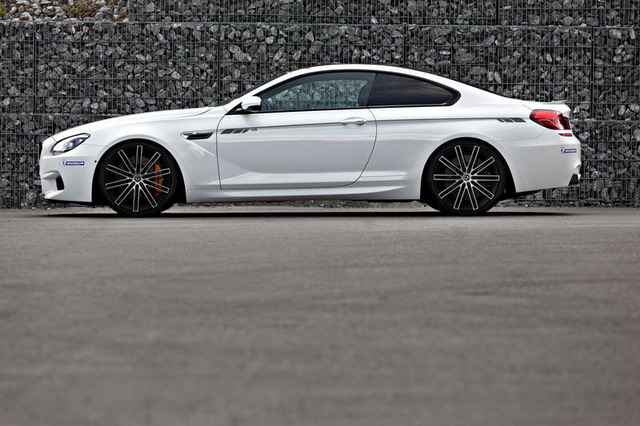 Of course the negative acceleration is in the focus of G-POWER, as well. Even without output increase, the standard braking system may lose brake force when pushed to the limit, accompanied by a moving braking point, the so called fading effect. The perfect cure against the fading effect is a G-POWER Braking System. With its six brake pistons and 420 mm brake disc diameter for the front axle the G-POWER Braking System enables a substantially higher brake force than the standard braking system. At the same time, the heat generated due to the braking process can be dissipated more effectively. The G-POWER brake package is completed by brake pads with a larger pad area, higher friction rate as well as metal-coated brake lines. With this set-up, the G-POWER Braking System always provides maximum brake force and the braking point remains precise in any case. In addition the G-POWER ceramic braking system reduces the unsprung mass by 50% percent, compared to a system with steel brake discs. Accordingly the cornering and road handling is improved significantly. 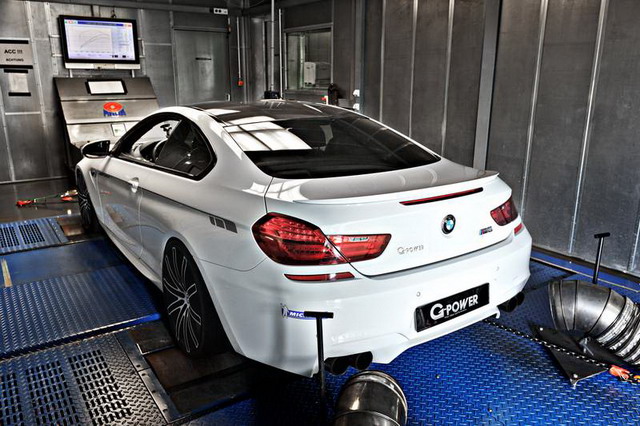