The Ford Thunderbird went on sale Oct. 22, 1954 – starting a legend that would grow with each generation of Thunderbird cars. Since then, the flight of the Thunderbird has included classic two-seaters, cherished roadsters, convertibles and four-door models, as well as exciting hardtops and sedans – more than 1.2 million of them. We’ve seen the square look, the projectile look, the jet aircraft look and the luxury look. Yet, through the years and through the many changes, Thunderbird’s original uniqueness and individuality managed to etch itself permanently into the hearts and memories of the American motoring public.
Thunderbird generation

2002-2005 Retro Birds
More about Thunderbird history you can find on the following link (pdf): 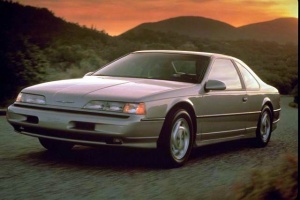 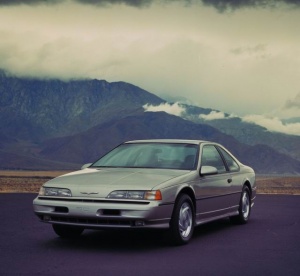 [PIC=377:left]The Heritage Motor Centre at Gaydon in Warwickshire has a new arrival in the museum – the Thunderbirds FAB 1 film car is on long-term loan to the museum from the Ford Motor Company.