Following the already established route of gradual development, the 212, unveiled in 1951, was a further step on from the 195. Again the wheelbase was slightly stetched (in the 'Inter' version, the 'Export' had a shorter wheelbase), similarly the increase in capacity to 2562cc came from another increase in bore, now up to 68mm (up from 60mm in the original 166). In the more powerful 'Export' version (with three Weber 36DCF carburettors) the power went up to 165bhp @ 7,500rpm whilst in the 'Inter' (with one carburettor) it was 150bhp. In 1952 modified cylinder heads were adopted which liberated about an extra 5bhp. The brakes and suspension of the 212 retained the same layout as the earlier cars, whilst the same carrozzeria (Touring, Vignale and Ghia) also provided the bodies - with one important new addition, that of Pinin Farina. A total of around 80 examples were completed. 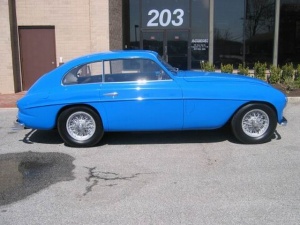 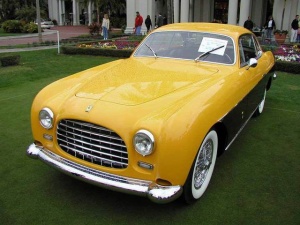 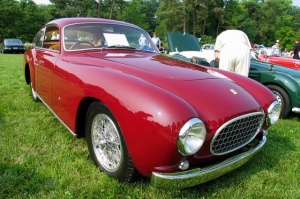