Most classic of all 1966 Pontiacs is the Tempest GTO, the first car to which was referred to as a "muscle car", a nickname that was to became a class of its own by the end of the sixties. The GTO designation was first used in 1964 for a sporty option package available on the Tempest coupe, hardtop coupe and convertible. This package rapidly gained popularity amongst the younger car buyers and in 1966 the GTO became a model line of its own. It really struck a nerve with the US car buyers and it sold a total of 96,946 units, the highest one year total for a muscle car ever. The 1966 GTO was available as a pillared coupe, a hardtop coupe and as a convertible, but in Europe only the hardtop coupe was available as standard. The GTO abbreviation (short for "Gran Turismo Omologato") was originally used for thoroughbred Italian approved production-based racingcars. Pontiac boldly used it for its big and powerful roadgoing sport coupes, which was okay in the US, but in Europe strict sportscar fans felt it demeaned the term. Nowadays it is pretty common to use all kinds of fancy designations on cars that don't refer to their proper meaning, both in Europe and abroad. At the time however a great deal of people took offense to the GTO name on the Pontiac, giving the car a hard time outside the US. But now, in the odd way time works, the 1966 Tempest GTO appears on the wish list of more and more European car enthusiasts. European car journalists often name this Pontiac to be their favorite American car of all times. And that's not surprising, because fitted with the right choice of original options the GTO is fast, powerful, offers a good roadholding and has a true sportscar feeling to it in many ways. www.ritzsite.net/Pontiac66/ Pontiac_1966_11.htm 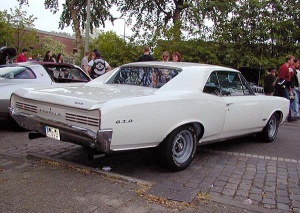 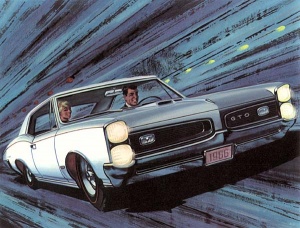 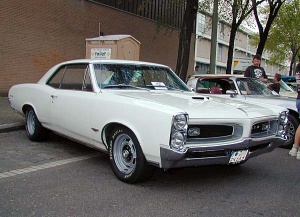