Next to the introduction of the Atalante model in 1935 an experimental model on the S-chassis appeared: the Aérolithe. This car created quite a stir with its unusual low, almost hunched body style and its ability to reach a maximum speed of 200 kph. It attracted enough interest to consider taking it into production, and so the Atlantic was presented in 1936 as the production version of the Aérolithe. It was to become the rarest and most exotic of all Type 57 Bugattis. The Atlantic can be regarded as the sportscar version of the Sport Atalante, with innovative streamlined 2-seater fastback coupe bodywork on the short Sport chassis and with the tuned 8-cylinder 3257 cc engine, fitted with the compressor option. 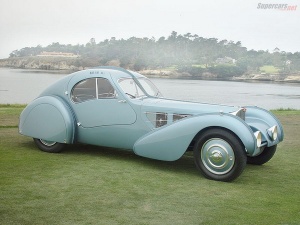 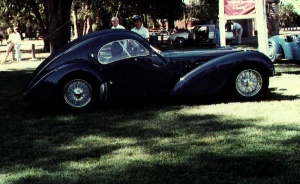 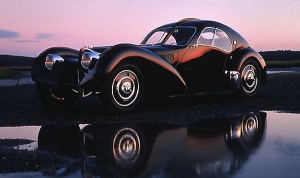 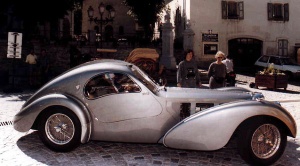 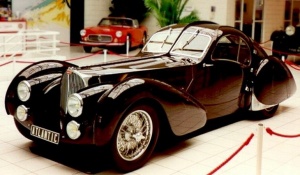