The SM was unveiled in 1970 at the Geneva Motor Show. The Marque enjoyed immense success in 1970, selling some 700,000 vehicles and launching its rotary piston engine project. It also unveiled the top-end SM, presented as the crowning touch to the Citroën range. The SM project started was kicked off in 1966 by Jacques Né, who wanted to develop a faster version of the DS, thus giving birth to Citroën’s first GT model. But the SM was not designed like a standard GT, where comfort is generally of secondary importance. On the contrary, the DS-inherited hydraulic suspension system and the height adjustment function for optimum ground clearance made the new vehicle exceptionally comfortable. One of the SM’s numerous special features was its lighting system. With six iodine headlamps connected to an automatic levelling system, the SM combined the performance of swivelling headlamps with a brand new aesthetic. [B]Styling work on the SM focused primarily on aerodynamics. The vehicle was put through a high number and wide range of wind-tunnel tests during the development phase – and the result was remarkable. The Cd (coefficient of aerodynamic drag) of the SM was 0.46, a full 25% lower than that of the DS, already a reference in the matter.[/B] The SM has angle-free styling. Although the body is tautly designed, no angular features interrupt the vehicle’s streamlined flow. Encompassing the headlamp units and the number plate, the front-end glass casing lends the SM a resolutely innovative look. This pioneering beauty is furthered by the oversized bumpers, giving the vehicle its utterly distinctive character. But for purists, the essence of the SM is in its profile, which clearly reveals all the work that went into the vehicle’s aerodynamics. The flowing lines seem impossibly elegant. Dynamic features such as the rake of the windscreen, the sharply-drawn quarter-lights and the rear subframe bring the SM its unique, streamlined appearance. [B]The top-of-the-range SM was launched in suitably top-of-the-range style in 1971, via promotional events and a press kit for professionals.[/B] Sales were promising in the launch year. With 5,000 units in 1971, SM registrations matched its critical reception. Sadly, the ensuing years were somewhat less rosy. Sales dropped so much that Citroën halted production in 1975. The SM’s career was cut short by the oil crisis and the introduction of new speed limits on motorways. The first oil crisis utterly changed our view of the automobile, as did the road safety laws limiting motorway speeds introduced at the same time. Buying and owning a GT vehicle at this time was reserved for passionate fans only. Citroën announced it was stopping production of the SM in summer 1975, with these words: “The SM was born from speed and died with speed”. 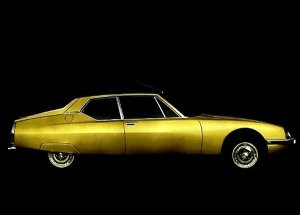 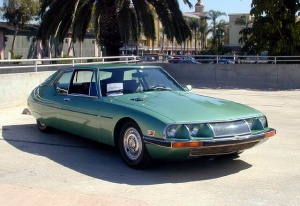 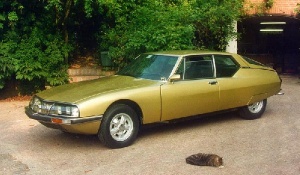 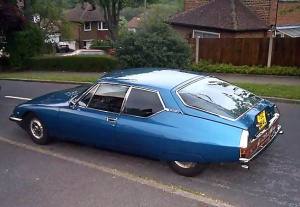 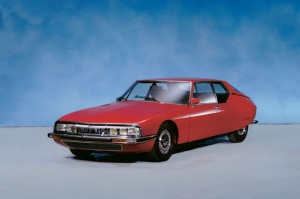