Ford Shelby GR-1 concept shown at Pebble Beach Concours d'Elegance Aug 13, 2004 – Ford is taking the occasion of the Pebble Beach Concours d'Elegance to unveil the Ford Shelby GR-1 concept, calling the new sports car a salute to 'performance art'. The GR-1 is a uniquely emotional American sports car design that makes a bold statement about Ford's performance future. "The Ford Shelby Cobra concept was a small step in our plans for the Ford GT supercar architecture and our relationship with Carroll Shelby," says J Mays, Ford Motor Company group vice president of Global Design. "And the Ford Shelby GR-1 is a giant leap toward the future." Based on the architecture of the Ford GT, the Ford Shelby GR-1 is a front-engined, two-seat, fastback supercar, combining modern sculptured surfaces in a sleek muscular fastback design. More than 42 years after their original agreement to produce performance cars, Ford Motor Company and Carroll Shelby are back together producing production and concept cars. Shelby, a former race car driver and creator of numerous collectable performance cars returned to collaboration with Ford in the design of the 2005 Ford GT. The Ford Shelby GR-1 concept is a sinewy, athletic design with a dramatic front engine proportion. The long hood blends seamlessly into the teardrop-shaped cabin while the dramatic fenders dart rearwards into curvaceous haunches thrusting the car forward and enhancing the aggressive stance and width. The sharply defined wheel arches and compact overhangs define the dramatic proportion while the sensual surfaces express the car's athletic nature. A chiseled physique is achieved with sheer and full surfaces working together. The front of the GR-1 is dominated by the air intake aperture and air flow splitter, directing cooling air into the engine bay and wheel wells. The V10 engine pushes upwards into the hood's surface exposing prominent bulges. Intakes and vents perforate the body side and Kamm tail, further exhausting hot air out of the vehicle. The Ford Shelby Cobra and its predecessor, the Ford GT were hits of the two previous North American International Auto Shows. The Ford Design team was challenged to follow-up with another exciting concept. In the Irvine Advanced Design Studio, George Saridakis, a young designer new to Ford in 2000, was known for his contributions in executing the details of some of Ford, Lincoln and Mercury's latest production and concept designs. Saridakis created a sketch that caught the attention of the Irvine team and resonated with Mays. "George produced this completely resolved sketch - the best I've seen in 10 years," says Mays. "When I saw it, it wasn't a matter of 'Let's do more sketches'. It was really more of a 'Let's get this into clay'. This is a designer so masterful at visualizing every aspect of the car and its story that it literally flowed out of his pen. And because the design is so pure, we really believe this show car will be a hit." 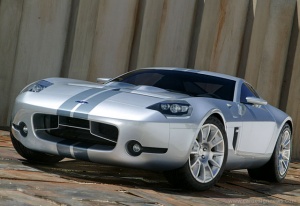 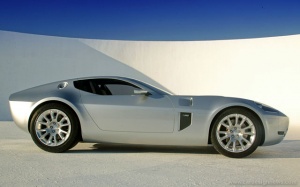 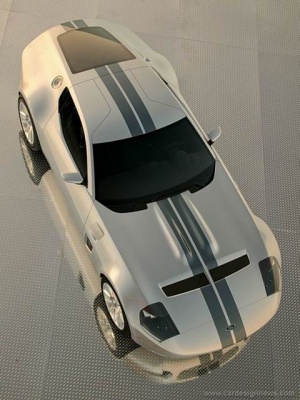 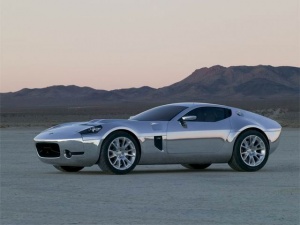