Day to day dreams create different desires that fade or disappear as dawn breaks. Sometimes, they leave a strong impression but often, only a memory remains of the dream, nestled deep in one's sub-conscious. Stylists, engineers and designers from different generations, all have these dreams. They, however, can turn their dreams into reality; they can express their dreams through their designs. As a group, they enthusiastically swap ideas, discuss concepts and agree on the particular ideas. The Peugeot 907 is the result of such a dream. It is a GT coupe, created with reference to the past, the present and the future. This is the archetypal touring car, discreet, but processing a sculpted and elegant shape, luxurious on account of the choice of materials it incorporates, and also extremely sporty as a result of its styling and its unrivalled engineering credentials. The 907 is a two-seater coupe, modern but also classic. As in the time of the great coachbuilders, this coupe embodies one of the finest engineering dreams of combining a large capacity engine within a classical shape, achieving a genuine synergy of advanced technology and motoring tradition. The 6.0 litre V12 engine (368 kW or 500 bhp) is positioned longitudinally behind the front axle; connected by a small propshaft, it transmits its power to a six-speed gearbox placed longitudinally in front of the rear axle. The wheelbase of this GT coupe is 97.5 in, its length 170.4 in, its width 73.3 in, while its height culminates at 47.2 in and its passenger compartment, designed to accommodate two people comfortably, is situated just ahead of the rear axle to allow for a long bonnet. The kerb weight is around 3000 lb. The structure consists principally of a carbon fibre shell, to which the mechanical components, for example, the four double wishbone suspension units, are attached. Set into the bonnet, a glazed panel reveals twelve intake trumpets reminiscent of a fairground organ. The roof and front windscreen form a single glazed area in harmony with the rear windscreen. Side vents are situated in the front wings and rear quarter panels, adjacent to the glazed roof, while a retractable rear spoiler is incorporated in the tailgate. Two exhaust pipes emerge from either side of the car, which is equipped with 18'' wheels and Michelin tires, 275/40 at the front and 345/35 at the rear. The body is painted Molybdenum Grey. Brown leather and light grey alcantara trim is used to cover both the interior and the seats. The steering wheel rim and the gear lever knob have authentic wood inlays. The instrument panel, although digital, is displayed in analogue style and the touch screen of the central console is connected to a PC (GPS, MP3 player, etc). A special area has been developed for storing luggage in the 907. 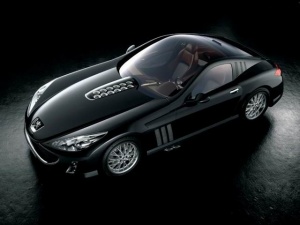 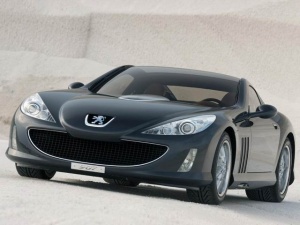 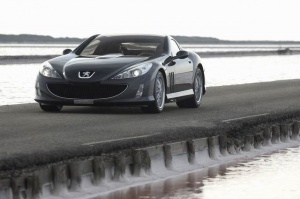 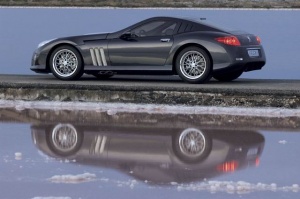 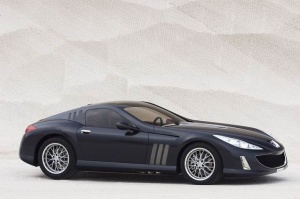 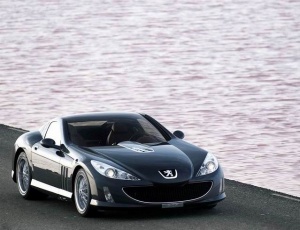 PEUGEOT 907 V12 TO THRILL AT GOODWOOD FESTIVAL OF SPEED

[PIC=764:left]The Peugeot 907 – a V12 GT coupé concept – is making its UK debut at the prestigious Goodwood Festival of Speed over the first weekend in July. Powered by a 6.0-litre 500bhp V12 engine