February 1989 - Acura unveils a new high-performance, mid-engine sportscar. The NS-X world debut takes place at the Chicago Auto Show on February 9th. "New Sportscar eXperimental" is the first supercar from Japan. June 1989 - A select group of American automotive journalists are invited to Japan to test drive two prototypes of the exotic NSX, more than a year before its scheduled on-sale date. The exclusive trip is so far in advance that engine specifications are still tentative. August 1990 - NSX goes on sale as a 1991 model, the first production car with an all-aluminum chassis and body. The aluminum unit body weighs only 462 pounds, 40% less than steel, with the equivalent strength. The car is powered by 3.0-liter, DOHC, 24-valve, V-6 engine mated to a 5-speed manual transmission, good for 270 hp, 210 lb-ft of torque and a 0-60 mph time of under six seconds. Acura's breakthrough VTEC(TM) (Variable Valve Timing and Lift Electronic Control) system also makes its U.S. debut in the NSX, solving the trade-off between low-end torque and high-RPM power. The vehicle also comes with PGM-FI, a system pioneered in Formula One racing, as well as a direct ignition system. NSX is also the first production car to use titanium connecting rods- this lightweight but strong material is also used in the F-15 supersonic fighter jet. Each car is hand-assembled by a special team of technicians at a dedicated factory in Tochigi. Production of the NSX is a maximum of 25 vehicles per day. At $65,000, the NSX is the most expensive Japanese car in history. Summer 1990 - NSX graces the cover of every major automotive "buff book" in the country. November 1990 - In its first year, NSX garners an impressive list of accolades, including: "Top Ten Performance Cars", Motor Trend "Ten Best Cars in the World", Road & Track "Automobile of the Year" and "Design of the Year", Automobile "Best of What's New", Popular Science "Design and Engineering Award", Popular Mechanics 1991 - Motor Trend names NSX "the best sports car ever built." 1991 - The Comptech Racing Acura-Spice GTP Lights race car, powered by a modified Acura NSX engine, carries driver Parker Johnstone to the Manufacturer's and Driver's Championships in the prestigious International Motor Sports Association (IMSA) GTP Lights series. 1991 - NSX posts first year unit sales of 1,940. 1992 - Parker Johnstone and the Comptech Racing Acura-Spice GTP Lights racecar win second IMSA championship in a row. 1993 - A third consecutive championship win in the Acura-Spice GTP Lights race car makes Parker Johnstone the most winning driver in IMSA history. 1995 - The NSX-T features a removable roof panel, and is the first Acura to offer an optional Formula One-inspired Sequential SportShift(TM) automatic transmission. 1997 - NSX/NSX-T takes a giant step forward in performance with several major enhancements, most notably a larger, more powerful 3.2-liter DOHC, 24-valve V-6 engine mated to a 6-speed manual transmission, producing 290 horsepower and 224 lb-ft of torque. 1997 - Peter Cunningham wins the Sports Car Club of America (SCCA) World Challenge Championship in a modified NSX. November 1998 - Acura unveils the 1999 Alex Zanardi Edition NSX at the Miami International Auto Show. Available only as a hard-top coupe, the signature series car takes its name from the two-time CART open-wheel racing championship driver. Only 49 copies of this limited edition model are available, featuring a revised suspension and exclusive interior and exterior styling cues. The Zanardi edition is also 149 pounds lighter and comes exclusively in Formula Red. 2000 - NSX receives a Low Emissions Vehicle (LEV) certification from the Air Resources Board, a testament to Acura's innovation and industry-leading technology. 2002 - NSX receives an exterior refresh with new front and rear fascias including HID Xenon fixed-mount headlights and revised taillights. In addition, the NSX also receives a revised suspension and larger wheels and tires. 2004 - NSX receives a trunk-mounted CD changer and a keyless entry system. December 2004 - Cumulative NSX sales in the US total 8,733 since introduction. July 2005 - Acura announces that a replacement vehicle is under development and that the current generation NSX will halt production at the end of the year. 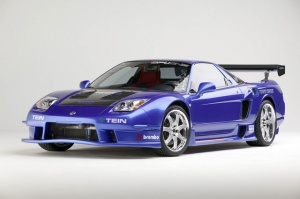 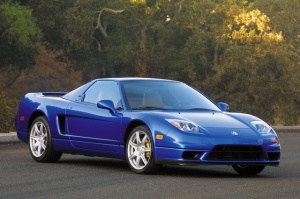 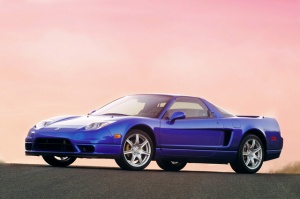 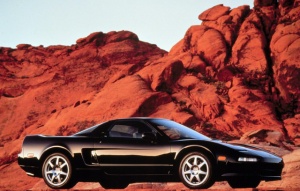 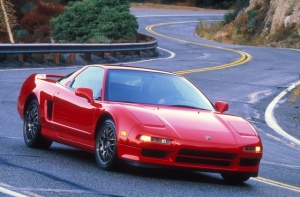